The first Norwegian feature film, Fiskerlivets farer/Dangers of a Fisherman’s Life (1906), was released just after Norway established its independence from Sweden in 1905. Cinema subsequently flourished in the early twentieth century as the most popular entertainment in Norway (Iverson 108). However, national film production was largely a cottage industry organized on a municipal basis, with filmmakers struggling to make deals from one film to the next (Iverson 262). This  system was initiated to encourage greater programming responsibility in each municipality and The Cinema Act of 1913 consolidated this approach (Solum). Norwegian cinema was of a smaller scale than neighbouring Sweden and Denmark, but a distinct tradition did emerge, with literary adaptations and romances particularly popular. During the Nazi occupation from 1940, light comedies were the preferred genre.

The 1950s have been claimed as the heyday of Norwegian cinema: anthropologist Thor Heyerdahl’s documentary Kon-Tiki (1950), a chronicle of his famous Pacific raft journey, won Norway’s only Academy Award for Best Documentary in 1952 and a new generation of filmmakers made their mark, including Arne Skouen (Ni liv/Nine Lives (1957)) and Edith Carlmar (Ung flukt/The Wayward Girl (1959)). The 1970s witnessed a wave of political filmmaking including Streik!/Strike! (1974), Det tause flertall/The Silent Majority (1977) and the first instalment of the Hustru/Wives trilogy (1975, 1985 and 1996). The industry fell into decline in the 1980s, with Hollywood dominating the market. Gunnar Iverson offers several reasons for the decline: the size of the domestic market made a profitable return on investment difficult; the country had no integrated production, distribution and exhibition system, favouring instead a municipal system which meant profits went to the local authorities in the counties rather than back into the industry; private investors displayed an aversion to film which was deemed high-risk, especially in comparison to the money to be made in the booming oil industry; finally, Hollywood’s dominance was difficult to compete against (262).

Many of these conditions prevail, yet, in spite of this, Norway managed to establish a viable film culture from the 1990s. Norway’s GDP rose steadily from the 1970s and exponentially from 2001 onwards, taking the country from one of the poorest nations in Europe to one of the richest in the world (World Bank).  This renaissance can be traced back to the 1990s. Under this new fiscal security, the government became “eager to assert itself internationally in every field”, investing in the nation’s cultural identity and its representation abroad (Chandler). The establishment of the Norwegian Film Fund in 2001 was in part a result of this increase in government funding, giving domestic productions a chance to compete with Hollywood. The Norwegian Film School (NFS) opened in 1994, and has played a “significant” role in the rejuvenation of Norwegian cinema (Chandler). The NFS places an emphasis on the “cultural importance of a local film industry”, recalling the ethos of the municipal system and the collaborative nature of filmmaking, as well as reflecting Norway’s socialist egalitarian political leanings and the transnational nature of the industry (Chandler). As a prestige project and transnational production, Hamsun (1996) is an interesting case. The film describes the life of canonical Norwegian literary figure, Knut Hamsun. However, the production and funding was very much transnational, with a Swedish director (Jan Troell) and multiple languages in the film’s dialogue delivered by Danish, Swedish and Norwegian actors. Elkington and Nestingen discuss this as common in Scandinavian cinema (2), functioning as a “global-local dialectic” (6). They see Norwegian cinema as particularly characteristic of transnationalism, a “national cinema [that] takes place on a crisscrossed economic, political and cultural terrain” (2). The Nordic Film and Television Fund, established in 1990, encourages these kinds of co-productions between Norway, Sweden, Denmark, Iceland and Greenland. Hamsun can be read as a transnational response to globalization, a specifically Scandinavian reaction to Hollywood (Hjort 193). Hamsun was marketed for the US and UK as a European costume drama and was popular as an exploration of a historical “other”, with the multinational nature of the production going largely unnoticed (Elkington and Nestingen 5). Although the film provoked controversy regarding Hamsun and his (alleged) Nazi sympathies, its ability to please different audiences in a variety of national markets allowed it to compete with a hegemonic “global Hollywood” (Miller). 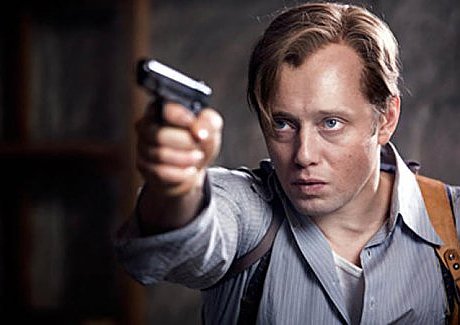 Another driver of the increase in domestic production was that filmmakers emulated Hollywood genres and storytelling techniques (Iverson 261). Genre fare, often styled on Hollywood templates, remains at the heart of the contemporary Norwegian cinema. Elling (2001), a heart-warming comedy about two unusual friends leading unusual lives, fits the generic conventions of a Hollywood buddy-movie, for example. It was well received and reasonably successful at home and abroad, with an Academy Award nomination and several other awards, and a considerable Kr46.5m (£5.3m) return on a Kr15.5m (£1.7m) budget. Villmark/Dark Woods (2003), a low-budget horror film, was applauded by Norwegian critics not because it was a great film in itself but because it showed that the Norwegian industry could competently produce genre movies similar to Hollywood, with the film’s box-office successfully competing with US imports at the time of its release (Elkington and Nestingen 261). Unprecedentedly successful and breaking several records, Joachim Rønning and Espen Sandberg’s resistance-hero war film Max Manus (2008) has had the largest Norwegian budget so far, Kr50m (£5.5m), and also the largest commercial success, taking Kr72m (£8m) at the box-office. The film’s success has inspired domestic confidence in the industry, and dramatically increased budgets, with a Kr63m remake of Kon-Tiki scheduled for 2012. Commentators have worried that the availability of funding for more ambitious projects may require greater commercial compromises to be made and that this emulation of Hollywood poses a threat to the identity of Norwegian cinema (Chandler). 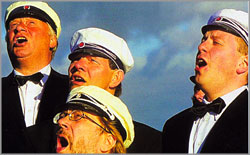 That said, independent production continues. Norway’s documentary tradition continues,with films such as Alt om min far/All About My Father (2002), exploring a son’s relationship with his transvestite father, and Burma VJ (2008), following the uprising of Burmese monks against their oppressive government. The offbeat and moving documentary Heftig og begeistret/Cool and Crazy (2001), directed by Knut Erik Jensen, follows an amateur male choir in the far-northern fishing village of Berlevåg. Described as a “very depressed Buena Vista Social Club” (Bradshaw), Cool and Crazy was successful domestically and internationally, giving audiences a unique glimpse of “the qualities and eccentricities of Norwegian life” (Chandler). An auteurist art cinema is also successful: Joachim Trier’s directorial debut Reprise (2006) received positive reviews and several awards at international festivals. The film’s promotion is an example of the successful work of the Norwegian Film Institute (NFI) in promoting contemporary Norwegian cinema. The NFI also encourages production by providing matching funding and financing riskier artistic projects through consultant-based grants. The NFI also provided Kr10.5m (£1.2m) funding for Få meg på, for faen/Turn me on, Godammit! (2011), which won the Best Screenplay prize at the Tribeca Film Festival (Nordseth). The festival also coincided with the Norwegian film season “Far Side of Paradise” at the Lincoln Center in New York, also supported by the NFI (FilmLinc). This art-house fare is generally more successful as an export than as domestic entertainment in Norway, possibly due to the lack of an auteur tradition compared to Denmark and Sweden (Schepelern 89).

Other than the relatively small Filmparken Oslo studios (1,200 sqm to Pinewood’s 34,000sqm), Norway has no centralized production system or network of studios. Production is spread across the country, in part because of the legacy of the municipal approach. In lieu of dedicated production space, box-office bonuses mean any domestically produced film distributed theatrically in Norway receives a guaranteed 55% revenue return (100% for children’s films) to a ceiling calculated by producer’s investment and risks (Mangset and Kleppe 13). This financial support has ensured an increase in film production, though not always at a profit (Iverson 263). Although Norwegian films still struggle to compete commercially with Hollywood–with a few recent exceptions noted above–this funding arrangement guarantees the viability of the industry for the foreseeable future. Furthermore, the health of the country’s filmmaking stock is evidenced by the success of Norwegian talent across a range of international commercial blockbusters and auteur projects, including Prozac Nation (Erik Skjoldbjærg, Germany/US, 2001), Beautiful Country (Hans Petter Moland, Norway/US, 2004), Mozart and the Whale (Petter Næss, US, 2004), Factotum (Bent Hamer, Norway/US/Germany/France/Italy, 2005) and Karate Kid (Harald Zwart, US, 2010).

A note of caution might be sounded, however. Currently every Norwegian cinema is being converted to digital projection, financed in part by agreements with the major Hollywood studios. Whilst this is claimed to be a positive move, reducing costs and improving programming flexibility, some critics argue it will disadvantage smaller cinemas and sideline domestic and European production. It is suggested that the move is designed by Hollywood corporations to further strengthen their position in the international market, at a cost to domestic cinema (Solum). On a more positive note, the possibility of high quality digital projection has inspired the restoration and digitization of a number of old Norwegian films, the appreciation of these “treasures of film history” seen as a “cultural goal in its own right” (Jonassen).

Hjort, Mette. “From Epiphanic Culture to Circulation: The Dynamics of Globalization in Nordic Cinema.” Elkington and Nestingen 191-221.