Short guide to the ‘direct-to-video’ industry

In surveys of the home entertainment market, the ‘direct-to-video’ (DTV) film is frequently overlooked, despite its importance to the film industry of the 1980s and 1990s, and the capacity of it to generate large returns for production companies. DTV films enter the public sphere for the first time having been pulled rapidly from theatrical exhibition or having bypassed it completely and total “about $1 billion in annual sales”, meaning that the 675 DTV titles released in 2007 represented between 6-7 per cent of the total DVD market of that year (which amounted to $15.7bn in sales) (Barnes).

The commonly held view of DTV films is that they are second-rate versions of mainstream Hollywood features. The first content distributed in this way was pornography: McDonald notes that in the 1970s “pornography became the predominant form of film material available on pre-recorded cassette in the US” (110). In 1978, it was estimated that “adult titles accounted for up to 70 per cent of rentals and sales, with rental transactions exceeding sales of retail units by an estimated ratio of 12:1” (McDonald 112). In 1978, Arthur Morowitz, an adult films producer, distributor and theatre owner, “began selling X-rated films on cassette in the lobby of one of his theatres, priced at $99.50. After these sales proved popular, in 1979 [he] opened his own store, Video Shack, next door to an adult theatre” (McDonald 111). The store became so successful that Morowitz was able to franchise his brand across New York. Pornography continued to drive the VCR market in the 1980s and perhaps paradoxically this success “provided the final nail in the coffin of the adult theatre business” (McDonald 111). The growth in demand for pornographic videos spawned porn stars such as Ron Jeremy, John Holmes, Christy Canyon and Ginger Lynn who helped expand the pornography industry beyond theatrical exhibition due to consumers’ preference to view the films in the privacy of their own homes. By the end of the 1970s the porn industry had effectively demonstrated the business model for producing films solely for home consumption.

DTV ventured into more diverse territories as the video rental market expanded in the 1980s. This expansion “coincided with the second boom in births witnessed in the US since the end of World War II. By 1964, the original post-war ‘baby boom’ had petered out, but from 1977 to 1995 a further explosion in births became the ‘echo boom’” (McDonald 128). The pastime of “renting a movie” became an institution of this echo-boom generation, as they “represented the first generation of film consumers to grow up with the VCR, and as the older members of that generation have aged, so their offspring have readily accepted the family ‘tradition’ of using video as the prime window for consuming films” (McDonald 130). As a result of this trend, in 1986 “consumers in the US spent US$3.3bn on video rental, compared to US$0.8bn on sell-through [retail] purchases” (McDonald 122). As well as a vital market that provided a second life for films previously given a theatrical release, many production companies believed DTV features could exploit this thriving home video market. As Alvarez notes, DTV films ”seldom purchase[d] newspaper ads or TV spots and [were] solely dependent upon their colourful box covers seducing video store browsers”. Such films did not initially come from major Hollywood distributors though: Barlow observes that “[t]he rise of the video rental led to a rise in demand for product to fill the store shelves, a demand that the studios, as usual, were slow to meet” (21). DTV producers on the other hand, could meet this demand as they were able to make cheap feature films with a fast turnaround time.

DTV films tend to be genre movies. Entertainment Tonight movie critic Leonard Maltin notes that “‘[t]here are two genres that seem to have thrived in this marketplace. One is the erotic thriller–a term that didn’t even exist 15 years ago–and the other is the gritty R-rated action film’” (qtd. in Alvarez). The latter is identifiable as “it usually has ‘Dead,’ ‘Death,’ ‘Future’ or ‘Blood’ in its title. The cover of the video box habitually features a rugged man snuggling some sort of semi-automatic weapon amid a backdrop of high-tech destruction” (Maltin qtd. in Alvarez). For Klinger, these low-budget action films are “testosterone flicks”, “designed for male audiences and characterised by indomitable heroes, violent action, and/or special effects” (149).

In addition to erotic content, the NC-17 rating was used to categorise violent horror, and in this regard DTV producers and their films have tended to court controversy. Because “[t]he activities of the global video market were not dependent on government license […] VCR’s not only provided a means for the decentralised exchange of communication but also gave viewers access to prohibited content” (McDonald 85). Theatrical exhibitions of explicit horror films such as Driller Killer (1979) and I Spit on Your Grave (1978) were met with opposition and demands for re-cuts or outright bans by film classification boards. These titles, however, were granted license by an unregulared DTV market and made available in video stores. This prompted numerous protests, especially in the UK where the label ‘video nasty’ was used to describe violent DTV horror films.

As indicated by these examples, DTV films appear to target an adolescent or young adult male audience. Yet in a study of female home viewership, Klinger found that “although young men are often identified as the preeminent repeat viewers for theatrical films, on the home front it is clear that young women are also significantly involved with repetition”, and she notes that the “chick flick” proved the third most popular genre of choice for repeat viewings amongst 354 students (of which 184 were female and 170 male) (144). This genre grew in prominence in the 1980s as a result of the “slumber party” generation: groups of female echo-boomers who found commonality in female-led teenpics like Sixteen Candles (1984), The Breakfast Club (1984) and Pretty in Pink (1986). Although these films had popular cinema releases, their repeat viewing at home established DTV as a potential release format for other high-school chick flicks seeking to emulate their success if not their production values. This led to a cycle of DTV sequels, including Cruel Intentions 2 (2000), Cruel Intentions 3 (2004), Legally Blondes (2009) and further installments of the American Pie series. The popularity of the latter cycle alone “translates to sales of about $30 million” (Barnes).

The success of the genres detailed above indicates how the DTV film has carried its pornographic and exploitation film genetic imprint through its history, often soliciting and profiting from controversial material. The common perception that DTV films are of inferior production quality is often justified, and this is frequently seen to translate to a relative absence of cultural worth. As Klinger notes, “[t]he big-screen performance is marked as authentic, as representing bona fide cinema. By contrast, video is characterised not only as inauthentic and ersatz but also as a regrettable triumph of convenience over art that disturbs the communion between viewer and film and interferes with judgments of quality” (2). Separated from work, the home has become “a place of leisure”, which has benefitted the DTV industry (McDonald 12). Barlow likewise argues that we understand the cinema to be a place of “‘[r]eal’ viewing”, where we engage with the subject matter having invested in prior social activity, i.e. getting ready, travelling, a meal beforehand (13). In contrast, the home is reserved for viewing of a less socially engaged nature. Furthermore, the domesticated viewing environment of DTV features engender a surrendering to guilty or highly personal and/or private pleasures. As Klinger notes, the ”media-rich home’s sense of safety, solitude, and pleasure” provides the perfect site for rebellious males to explore and satisfy sexual and hormonal urges via gritty titles that explore visceral themes not publically available (9). Features of the VCR (and DVD player) also allow for repetitive enjoyment of this restricted content as “fast-forwarding, rewinding, or otherwise interrupting narrative chronology [enables viewers] to refashion the film to his or her desires” (Klinger 139). 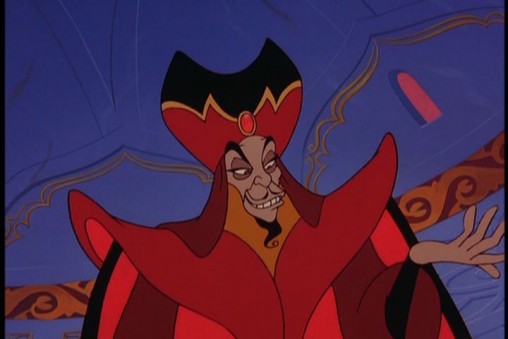 In the 1990s the DTV market was perhaps been most successfully exploited by Disney. Historically, “Disney had been responsible for the biggest hits on video. With pre-orders of 4.3m, Cinderella (1950) [released on VHS in 1988] immediately became the biggest-selling title to-date and by the end of the year, 7.2m units [had] been sold” (McDonald 132). This broke The Lady and the Tramp’s (1955) 3m record which was set upon its VHS release in 1987. Disney’s success in exploiting secondary sell-through opportunities in the 1990s encouraged producers to venture into the DTV market with a sequel to Aladdin (1992) entitled The Return of Jafar (1994). This too proved successful: “After […] selling over 16m units worldwide, Disney began producing its ‘video premieres’ as direct-to-video sequels for the company’s most popular modern animated hits” (McDonald 131). The Lion King 2: Simba’s Pride (1998), for example, outsold titles such as The Matrix (1999), Notting Hill (1999) and Saving Private Ryan (1998) on VHS in the UK in 1999. Disney has released thirty-four DTV titles since 1994 (outstripping their cinema releases). Sequels are often ushered into the DTV market when big-name stars decline to reprise their roles in sequels, as Robin Williams did when offered a role in The Return of Jafar (having played the genie in Aladdin). A major box office draw at the time, Disney anticipated Williams’s absence would result in a reputation-damaging flop. On the other hand, Toy Story 2 (1999), initially intended for DTV, was reconsidered for theatrical release when stars Tom Hanks and Tim Allen agreed to reprise their roles; the result is one of the most theatrically successful animated franchises in history.